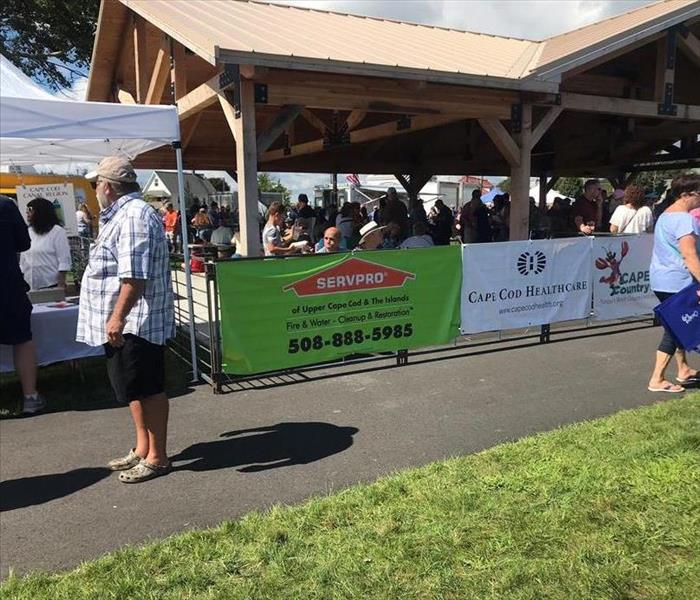 SERVPRO of Upper Cape Cod and the Islands was a sponsor of Cape Cod Canal Day on September 15, 2018.

Thank you to all who attended this year's Cape Cod Canal Day in Buzzards Bay Park on September 15th. SERVPRO® of Upper Cape Cod and the Islands was a proud sponsor of this free, family event this year.  There were: local food trucks, craft beer and wine, a local photography contest, live entertainment, arts and crafts, cornhole tournaments, and children's playground activities. The event was sponsored by the Cape Cod Canal Region Chamber, an organization of which SERVPRO® of Upper Cape Cod and the Islands is proud to be a member. Admission was free. If you couldn't make it this year, be sure to come out next year - it was a great time in Cape Cod!

A Safety Message from SERVPRO of Upper Cape Cod & The Islands

Chimney Fires caused by Christmas trees are rare, but the NFPA recommends to avoid the possibility of a very intense and dangerous fire.

We want to wish everyone a healthy and prosperous New Year and remind folks to  dispose of their Christmas trees  by taking them to a recycling location or make sure they get picked up by the appropriate service.

A Safety Message from SERVPRO of Upper Cape Cod & The Islands 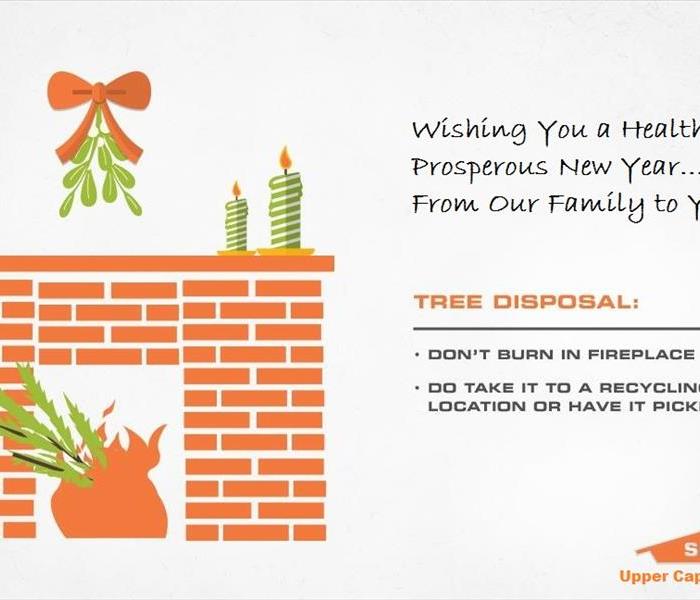 Chimney Fires caused by Christmas trees are rare, but the NFPA recommends to avoid the possibility of a very intense and dangerous fire.

We want to wish everyone a healthy and prosperous New Year and remind folks to  dispose of their Christmas trees  by taking them to a recycling location or make sure they get picked up by the appropriate service.

The holidays are one of my favorite times of year and now that we have a granddaughter, they are even more wonderful. This year is particularly magical because I am getting to experience the magic of the holidays through the eyes of my two year-old, granddaughter, Mackenzie.

Last week, we were especially lucky because we got to be a part of one of the biggest Christmas parades in southern New England—the Falmouth Christmas Parade.

I was so excited when I heard that the Cape Cod Children’s Museum had gotten together with Cape Cod Moms to enter a float in this parade. The design for the float used each organization’s trademarks—two whales sporting jingle bell antlers on their head represented Cape Cod Moms while the signature starfish of the Cape Cod Children’s Museum adorned the rest of the float. Five beautiful Christmas trees, courtesy of the Falmouth Rotary Club and purchased from Mahoney’s Garden Center were also a part of the float. After the float was dismantled, the trees would be donated to five nonprofit organizations: Cape Cod Center for Women, Heroes in Transition, Mashpee Senior Center, Falmouth Senior Center and one tree would be donated to a Mashpee family.

Everything was coming together so nicely and as President of the Board of Directors for the Cape Cod Children’s Museum, I was proud and excited to see this collaboration with Cape Cod Mom’s. All systems were set to go until the groups realized they needed transportation, (and by transportation I mean a truck with a tow), to pull the float in the parade. As the owner of a restoration company, we had a pick up truck large enough to pull the float. My husband Billy and I were thrilled to help out.

The day was absolutely beautiful—an unseasonably warm December day—and it was such a thrill to ride on the float and to witness the wonder of this experience with Mackenzie as she took in all of the sights, waving to the tens of thousands of people who lined the streets of Falmouth to see the parade. To say Falmouth takes pride in this tradition is a bit of an understatement.

I wished I could relive it all over again!

Flash forward a week— to Saturday night—and there I was again—with Mackenzie, this time riding along the route in Mashpee’s annual Christmas parade. Starting at the Mashpee Library and traveling through Mashpee Commons and onto Route 28, there we were, waving to the crowds that filled the streets on another unseasonably mild winter night. The parade started just after 5 p.m., and the floats were decorated with lights illuminating the dark December night.

I was so happy and lucky to participate in these two annual traditions and to have gotten to make these memories with my granddaughter—after all, that’s what the holidays are all about—making memories!

Anyone who has spent any significant amount of time on the Cape or Islands knows there are a few local annual events that are not to be missed—the Scallop Festival in September moved recently to Falmouth from Buzzards Bay, the Daffodil Festival on Nantucket in April, and the New Balance Falmouth Road Race in August. (Cape Codders simply refer to it as the Falmouth Road Race.)

I've been seriously thinking about running in this famous local race since 2012. After moving to Pocasset last August, I started running as a new hobby or habit (whichever way you look at it). Despite record snowfalls and cold temperatures last winter, I did not miss my daily run. By early spring I had added a few more miles to my workout and before I knew it, I found myself training for the road race, a seven-mile route that travels from Woods Hole to Falmouth Heights. Before you ask … yes, there are hills involved!

As the owner of SERVPRO of Upper Cape and the Islands, I am a member of several Chambers of Commerce and I see first hand the good work that these organizations do for the local business community. Before opening the doors to my own business, however, I worked for Community Connections, a nonprofit organization dedicated to helping adults with disabilities. This position gave me insight into the thousands of nonprofit organizations spread out across the Cape and Islands. I firmly believe that at a certain point in our life we have an obligation to give back to our community so in 2014, I decided to volunteer my time and experience to a nonprofit. The big decision, however, was choosing one from among the thousands. As the mother of three children and grandmother to one granddaughter, Mackenzie, I chose to donate my time and talents to the Cape Cod Children’s Museum. I chose this non-profit among the many because of the wonderful educational opportunities it provides to young children and the outstanding activities available to families. I joined the board of directors in June 2014 and I soon found myself serving as the board’s President.

Running in the Falmouth Road Race was a bit of a bucket list item for me, and the decision to run on behalf of the Children’s Museum was a “no brainer.” When I left the start line in Woods Hole, I was thrilled to be doing something so amazing for an organization I truly believe in. The first few miles I thought about my husband, Billy, and my kids.  I thought about my granddaughter and the experiences she will have at the museum and the things she will learn. And then I began to think about other children and young families who will benefit from the money that I was raising from running in this race…and those thoughts— combined with the high fives I received from all the kids along the seven mile route—spurred me on as the hot sun beat down on my back and humidity set in. Those thoughts kept me going as I hit the hills and the muscles in my legs tightened. From time to time, a cool breeze blew at my back and I was convinced that I could achieve this personal goal that would ultimately help so many. By the time I had completed mile 6, I was completely drained. As I approached the last hill in the heights—there when I needed it the most—were three young boys at the bottom, cheering me on, chanting, “You can do it!” Words of inspiration that I needed so desperately at that very moment pushed me up that monumental hill and across the finish line. With the beautiful views of the ocean just to my right, I thought of how lucky and blessed I am to be able to do this….to have the strength and stamina to complete this run and to have the friends, family, and support to raise $1,325 for the museum.

Check Out The Summer Issue of Cape Cod Home Magazine 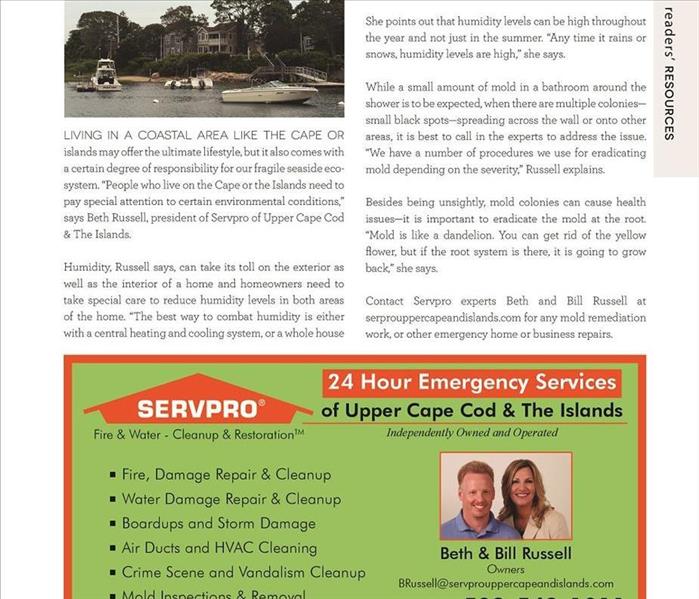 Living in a coastal area like the Cape or Islands may offer the ultimate lifestyle, but it also comes with a certain degree of responsibility for our fragile seaside eco-system. "People who live on the Cape or the Islands need to pay special attention to certain environmental conditions," says Beth Russell, president of SERVPRO of Upper Cape Cod & The Islands

Check out the article on helpful tips on protecting your home throughout all seasons. 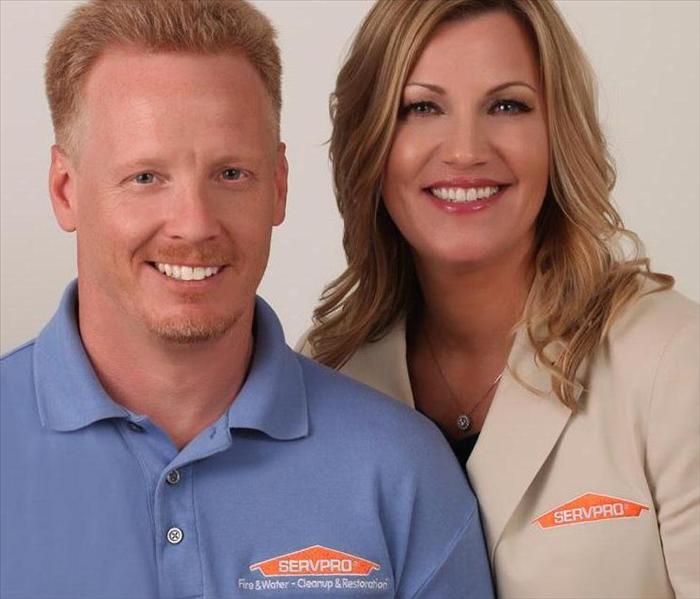 Bill and Beth Russell, Owners of SERVPRO of Upper Cape Cod & The Islands

SCORE has nominated Beth and Bill Russell, the owners of SERVPRO of Upper Cape Cod & The Islands one of the finalist to be awarded the "Build a Better Mousetrap Award" to be held on May 15, 2014.

SERVPRO of Upper Cape Cod & The Islands is a Fire & Water Cleanup and Restoration company that employees over 16 people year round. They provided their services throughout the Cape area, as well as, on Nantucket and Martha's Vineyard.

"It is an honor and a privilege to be nominated by the Chamber of Commerce for this award", said Ms. Russell. Beth also commented, "it's not everyday that a small business like ours is recognized for all that we do! We appreciate the Chamber for thinking so highly of us."

Senator Dan Wolf at the Old Yarmouth Inn where the annual breakfast will be held on May 15th will announce the winner of the award. Cape Cod Five Cents Savings Bank, Rockland Trust, Cape & Islands Development and Edgartown National Bank are sponsoring the event. 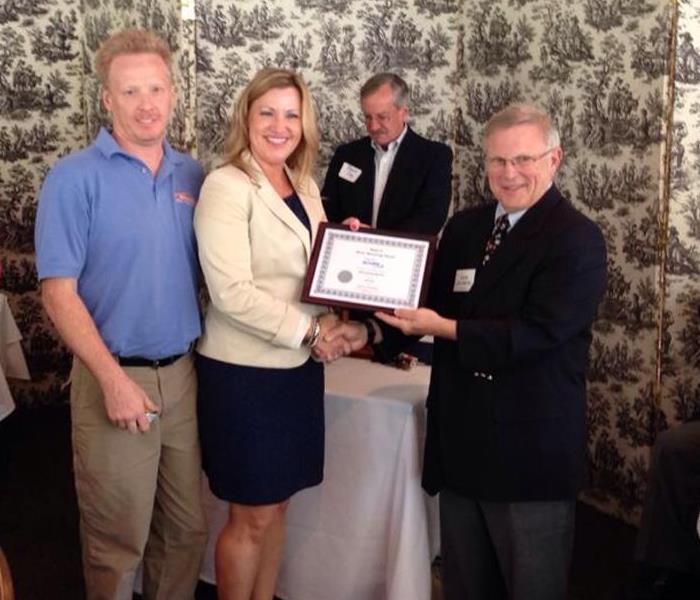 SERVPRO of Upper Cape Cod & The Islands is proud to announce that we have been Nominated for Business of the Year for 2014!

The ceremony is scheduled to take place on May 15, 2014 at SCORE's annual awards breakfast at a location to be named at a later date.

We are speechless for the opportunity to represent the small business community! Thank you.

CapeFlyer is a BIG Success on Cape Cod 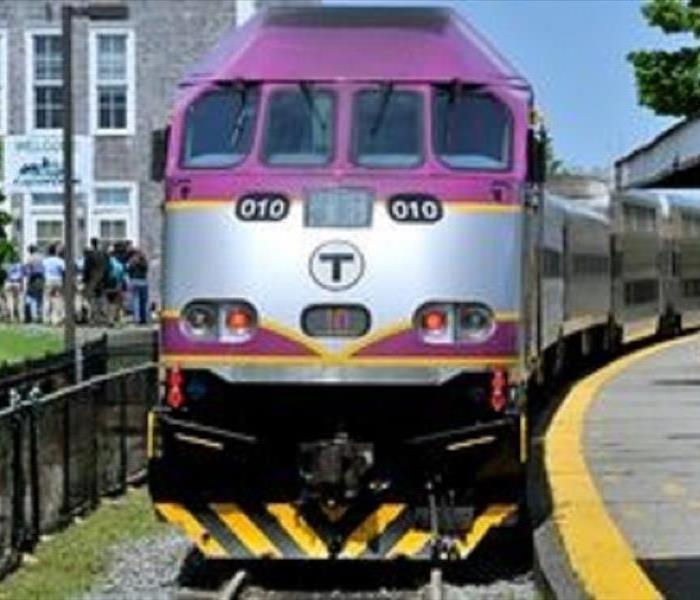 WOW what a weekend!

Over 100 people on the CapeFLYER train and supporters were at the Cape Cod Canal Region Chamber Office & Railroad Station this past Saturday to welcome the trial run. This pilot program will begin Memorial Day weekend with weekend trips to and from Boston. Present were Tom Cahir, Executive Director, of the Cape Cod Regional Transit Authority, initiated the program. A high spirited crowed welcomed the train with remarks made by Tom Cahir, U.S. Representative Bill Keating, Marie Oliva of the Cape Cod Canal Region Chamber, Don Picard, Bourne Selectman, Sallie Riggs of BFDC, and others.