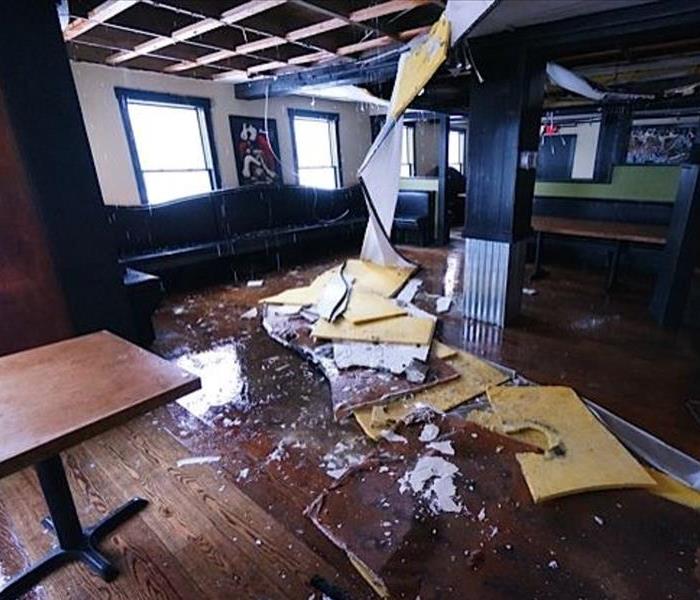 Frozen water pipes are a common cause of water damages in both homes and businesses. Typically they occur in vacant properties—summer homes that have been shut down for the winter season or a commercial property that is “in between” tenants. That was the case for a now popular restaurant in Falmouth.

The owner of this restaurant—a chef—was just about to embark on a lifelong dream of opening up his own place. He had signed the lease and was just about to get his business up and running. What should have been a turn-key operation, where he just walked in the door and began setting tables, became a different scenario where water covered almost every inch of the restaurant. The former tenants had shut off all the utilities, including the heat and a cold spell in January caused the pipes the freeze. Here’s a helpful hint: make sure that your home or business—even if it is vacant for a short period of time—has some degree of heat in it during the winter.

The damage caused from a frozen pipe bursting can be significant and that’s what happened in this case. It was a two level structure and water infiltrated both levels and the basement. It came in through the ceilings, the walls. Clean up for this water damage required significant work. Because the utilities were turned off, we had to bring in generators to power up our equipment, such as air movers and dehumidifying systems. We had to to pull sheetrock off the walls, remove insultation, carpeting, and flooring to restore this property. In the end, the restaurant received a full renovation as a result of this water damage.

I am happy to say that today, the owner is well on his way to success. His restaurant is very popular—the food is fabulous and the parking lot is always full. And I take great pride in knowing that my crew was able to step in make his water damage "Like it never even happened!"