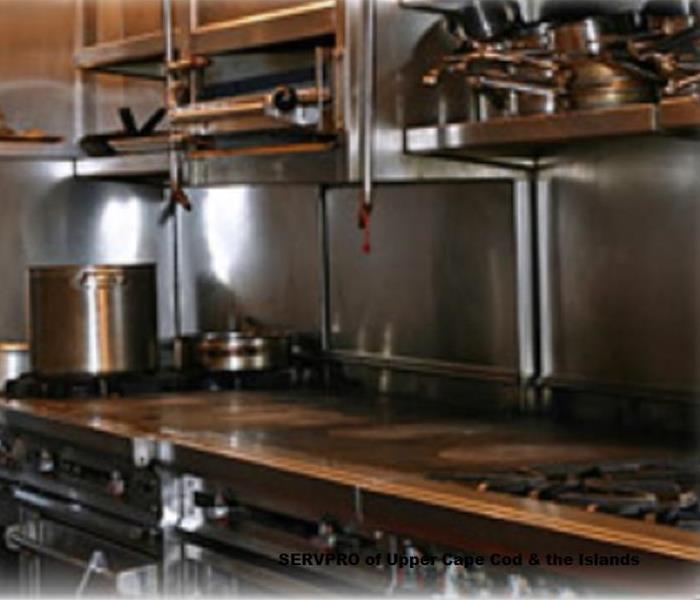 Restaurant reopens for business as usual in 11 days after suffering a grease fire.

Are you thoroughly confused? As the owner of a restoration company, I have come to learn that the biggest loss in a fire isn’t always the things that get burned—it’s the things that the fire never even touches.

Last year, we got a call from the owner of a popular restaurant in Carver. They had just had a fire in the kitchen and needed my crew to come out and clean up the damage. Unlike a lot of the emergency calls we get, which tend to come in the middle of the night, this loss happened to occur during the day.

When we arrived, customers were filling the parking lot, getting ready to head into their favorite restaurant for a great night out, completely unaware that the business had suffered this fire. And the owner couldn’t tell them how long it would be before he could open the doors to his restaurant again. I assure you, an unexpected closure is one of the greatest fears for any business owner and it is why I am especially committed and sensitive to getting things up and running as quickly as possible for my commercial customers.

The fire started in the restaurant's kitchen and even though the flames were contained—the majority of the smoke damage occurred on the main floor…in the dining room...where the customers eat.

Make no mistake about it…smoke damage can be extensive. Once it gets into fabrics, it is tough to eliminate it without the proper equipment and cleaners. My crew came in for the clean up and cleaned everything, literally from the floor to the ceiling. We cleaned the carpets, the curtains, the fabrics on the chairs and the table cloths. We cleaned everything right down to the salt and pepper shakers and the flower vases on the tables.

In every loss, especially one involving smoke damage, careful consideration has to be given as to whether to restore items or replace them. In this case, it was both more efficient and cost effective to clean small items like the vases and salt and pepper shakers than to discard them and order new. In addition to the cost of the items, there was the time that it would take for the items to be ordered and shipped. In any business—but especially a restaurant—time is money.

In just 11 days, less than two weeks, we had cleaned everything up, making it "Like it never even happened" so that our customer could open the doors of his business to their customers.