Water damage can dry up a business on Cape Cod 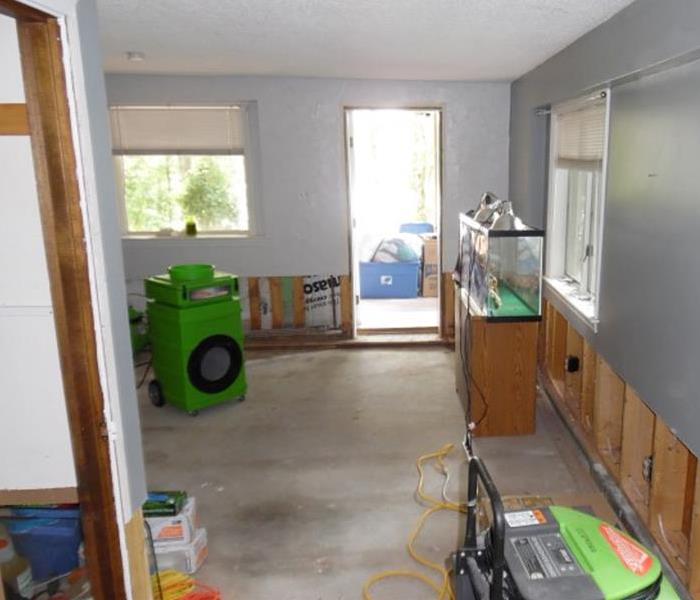 The source of this water damage found on the first floor was found to come from the unit on the second floor of the building.

Nothing can be more alarming than walking along a hallway only to have your foot sink into a wet spongy area of the carpet...it’s a good indicator that you have a water damage. The first question that pops up is “where is the water coming from?” After all, you can’t fix the problem until you locate the source.

Not long ago, we received a call in the middle of the night from the owner of an assisted living facility on Upper Cape Cod who had just discovered a water problem in the common hallway. As you might expect, the owner was frantic. As the owner of a restoration company for more than eight years now, I’ve become accustomed to getting calls from panicked business owners calling me—usually in the middle of the night—needing my crew to go out there—immediately.

As a business owner, I appreciate the urgency of the situation and ensure that my team is there as quickly as possible to remedy the situation.

The facility’s staff had been searching for the source of the water. Naturally, they looked at the unit closest to the waterlogged carpet  but that apartment was dry. My crew arrived and after a bit of investigation, discovered that the water was coming from the unit one floor above. Apparently, the woman living in that apartment had planned to make a cup of tea. After setting the teapot in the sink, which covered the drain, she turned the faucet on to fill the pot and then walked away, forgetting about it.

She went to bed with the faucet running full force. Water overflowed the sink, spilling onto the floor, spreading out to the walls, running down inside of them to the floor below.

The clean up of this water damage involved the usual process and tools—removal of the flooring, exposing the wall cavity, bringing in antimicrobial air movers and dehumidifiers. But the real trick to this particular commercial clean up was getting everything done, soup to nuts, as they say, in a very short turnaround time. Yup, it took us just three days to make it "Like it Never Even Happened".