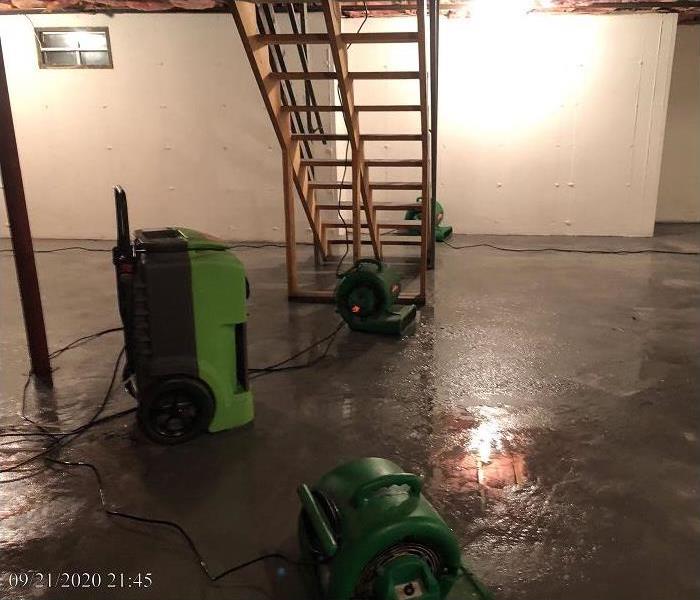 SERVPRO is no stranger to water damaged basements. Should water invade your home, contact us. SERVPRO is always on call.

Falmouth, originally named Sacconnesset by Algonquian-speaking Native Americans, was settled in 1661 by Isaac Robinson and his fellow Quakers. Incorporated into a town in 1686, Falmouth, one of the country's oldest areas, was named after the town in England. Since the city lies near the Ocean in Cape Cod, it was a perfect place for the British to attack Americans during the American Revolution and the War of 1812.

Isaac Robinson came from Bristol, England, to Boston. On February 5th, 1631, he arrived via the ship Lyon, surviving a 66-day journey in the winter. The vessel only sailed during the winter to bring supplies to the settlers. Supplies included lemons to ward off the rampant amount of scurvy in Massachusetts.

Isaac settled in Sandwich but relocated when Quakers were fined and persecuted there. Quakers in the region were heavily fined and sometimes even executed for refusing to pledge allegiance to the colonial government. He built a house between Fresh and Salt ponds at Falmouth, including four acres of land by his home and eight more acres nearby, which was the location that later became Falmouth.

Isaac continued to contribute to the community, establishing the West Falmouth Meeting of the Religious Society of Friends. Quaker meetings from Cape Cod are still in practice today, having been established more than 300 years ago. From the late 1600s until the early 1800s, Quaker meetings rapidly grew. As a result, more meeting houses were established. Quaker membership declined in the late 19th century but has since seen revivals in the 1950s and early 2000s. Quaker meetings are often silent and yet welcoming to everyone. Although they say that they pull from Christian beliefs, they note the sign that says "All are Welcome," insisting that anyone from any religion may find benefit in the meetings.

Currently, Falmouth is typically a busy tourist town in the summers with ferries to Martha's Vineyard and Nantucket Island.

There are beautiful places to visit, including:

During the home restoration, it is essential to take safety precautions seriously. Our SERVPRO team performs safety inspections before beginning the job to identify hazards. Since electricity and water are an unsafe combination, it is the first thing technicians inspect.

For assistance with water cleanup, contact SERVPRO of Upper Cape Cod and The Islands at (508) 888-5985. We're Faster To Any Size Disaster